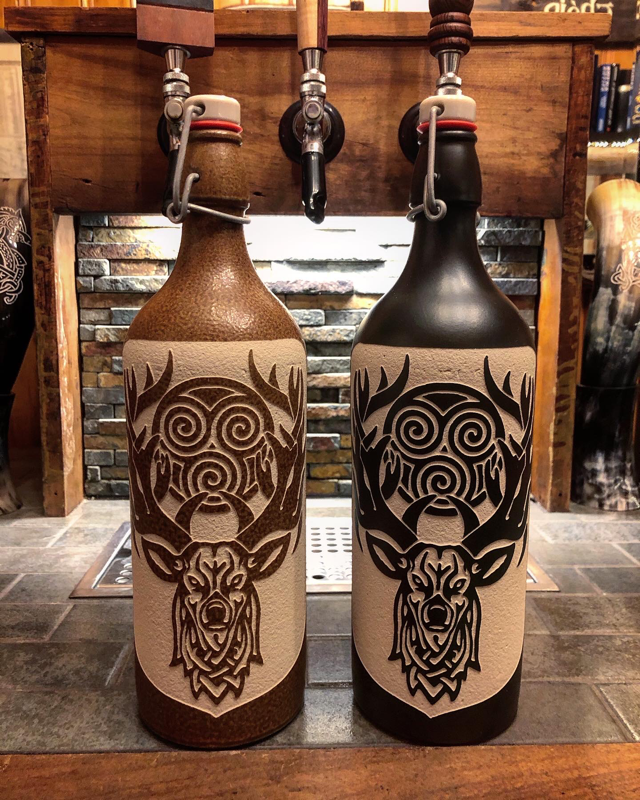 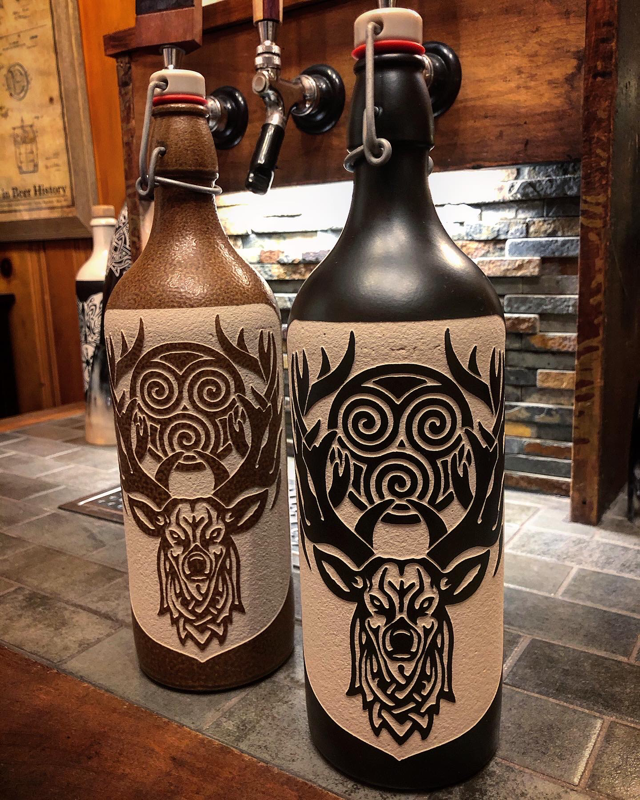 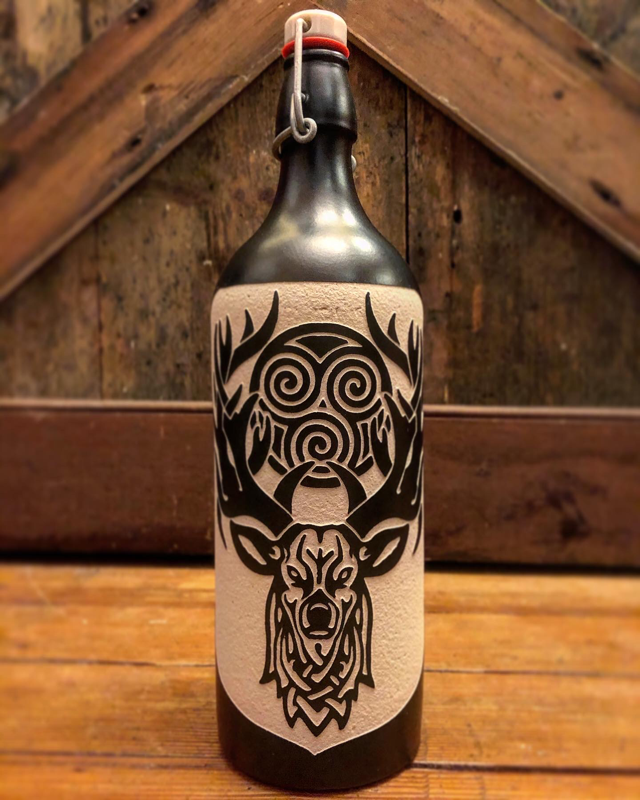 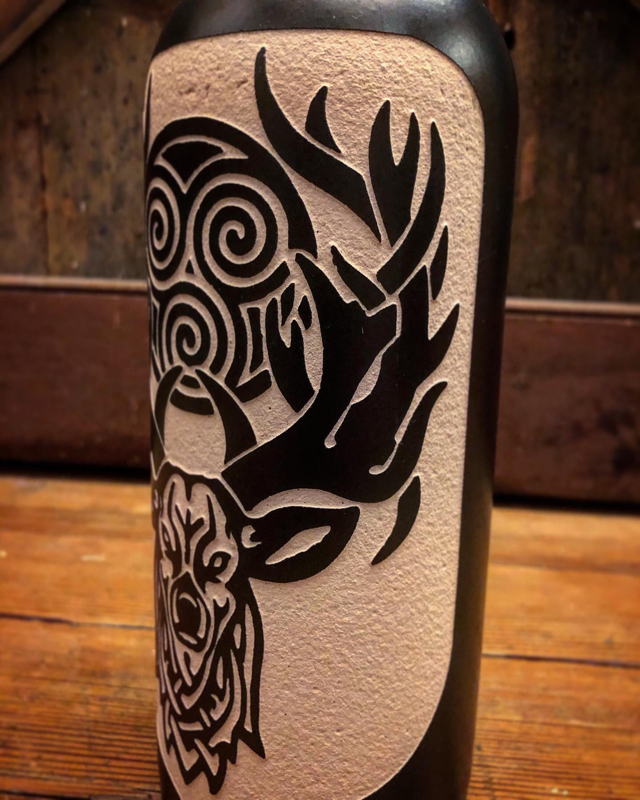 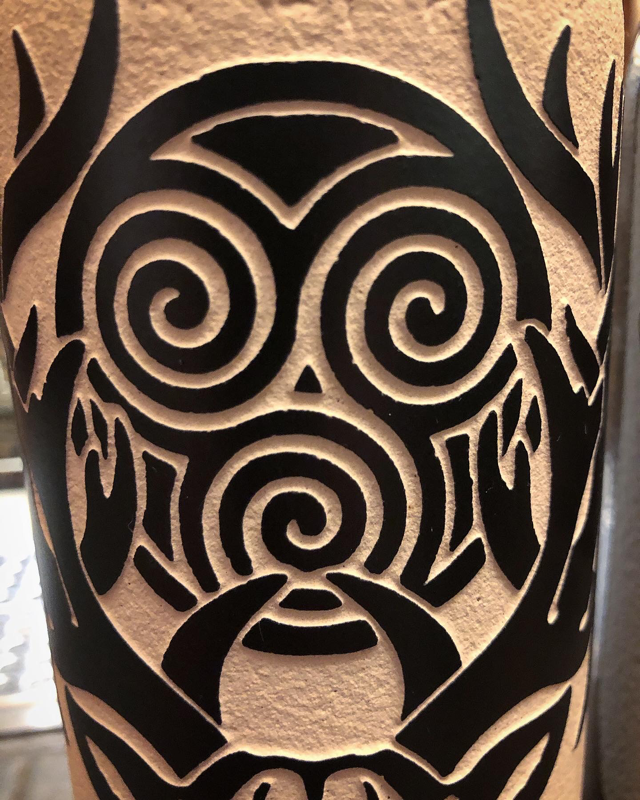 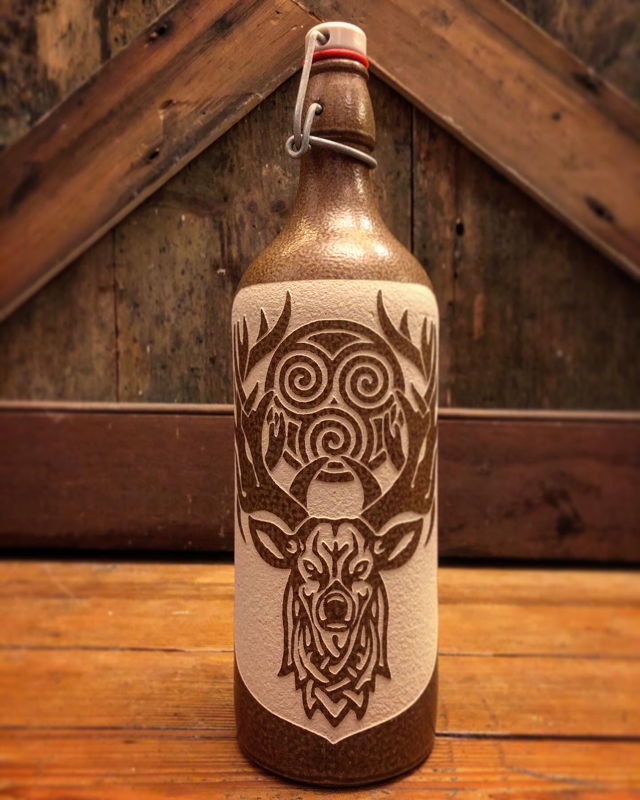 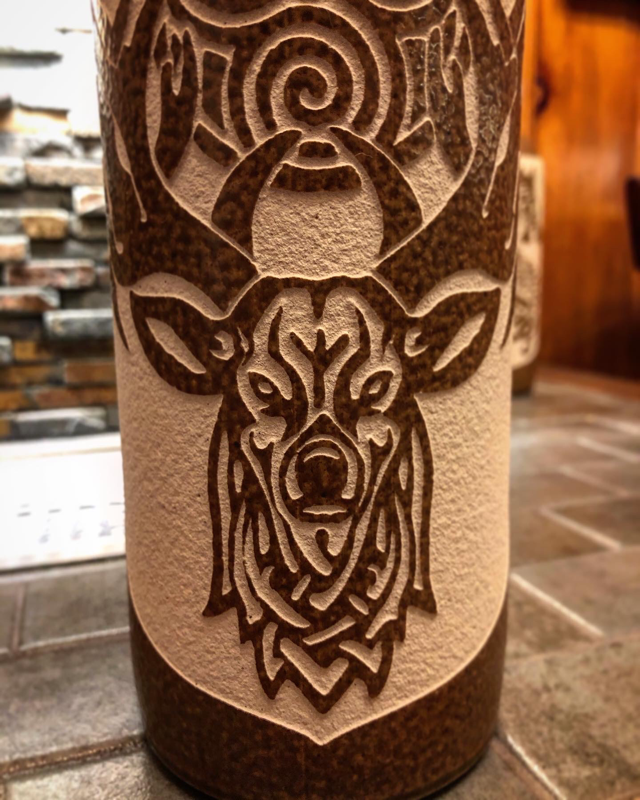 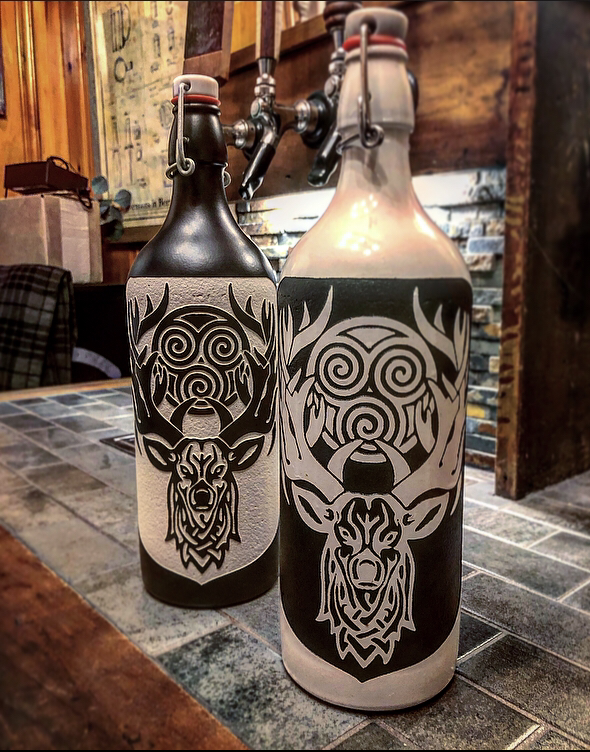 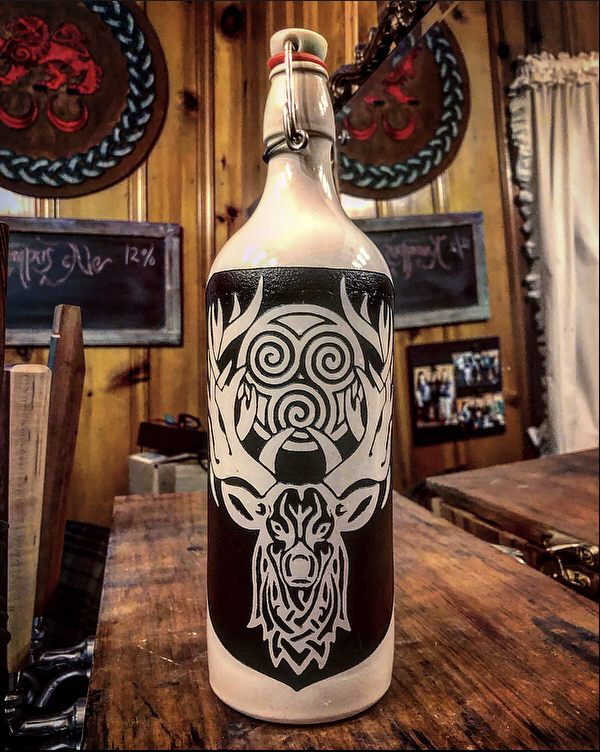 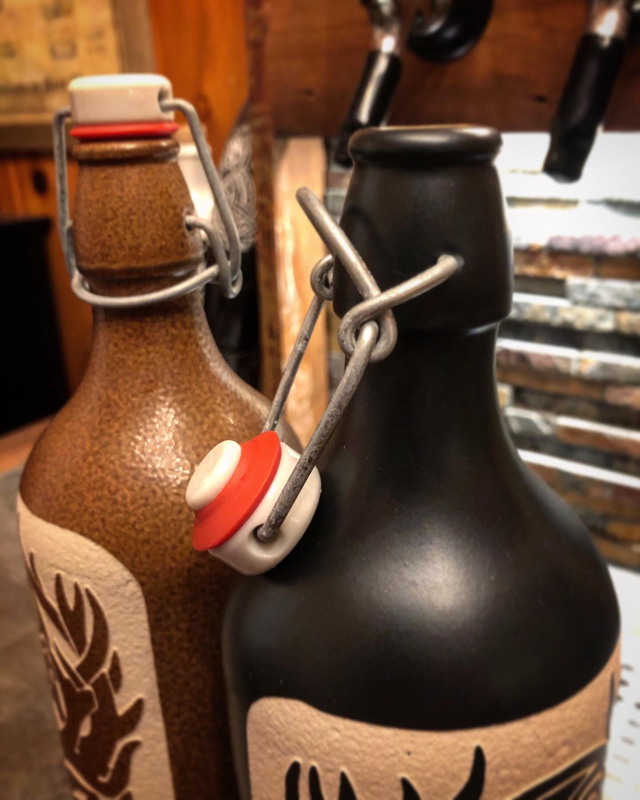 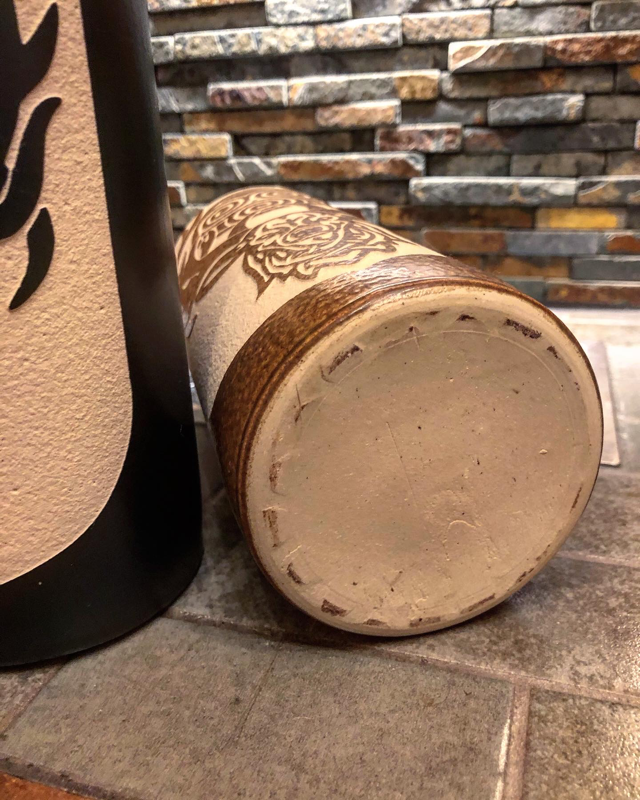 Stags (male deer species with antlers) have played a role in many mythologies and legends, especially in the North. The Celts believed the white elk (sometimes referred to as a white hart) to be messengers from the other world. Similarly, the Norse saw the white elk as symbol of divine blessing and protection to those it graced with sight of itself. The legends of King Arthur indicated that the white stag had a supernatural ability to avoid capture, and pursuit of the magical beast was akin to a spiritual quest.

The rune on the stag's forehead is Algiz; an Elder Futhark rune associated with deer species and stags for it's resemblance to the antlers of the stag. The rune has many other meanings and associations, many related to spiritual connection to the gods as the branches of the rune reach up to the heavens.

Similarly, the triskele spiral emblem between the stag's antlers was a powerful spiritual symbol to the Celts. This artwork truly encompasses powerful symbolism from thousands of years of Northern history and traditions.

Stoneware was the preferred material for vessels in older times as the stoneware is not conductive. It maintains the temperature of its contents much as a thermos does.

These bottles are perfect for storing or aging, and are perfect as decor. The solid material also protects the contents from light. UV rays can damage or spoil certain brews, oils and vinegars. The stoneware prevents any light from getting in.

These bottles were professionally made and glazed in Germany with the carving added by Celtic Hammer Club in the USA.