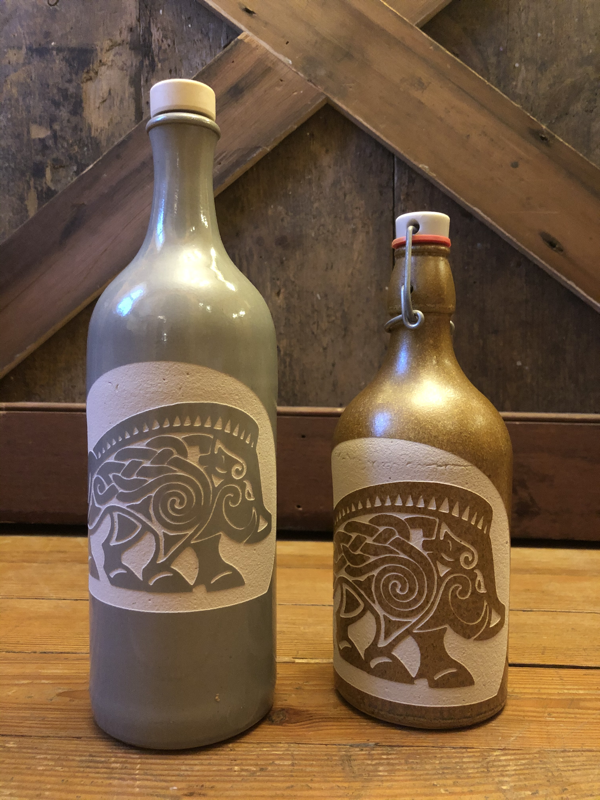 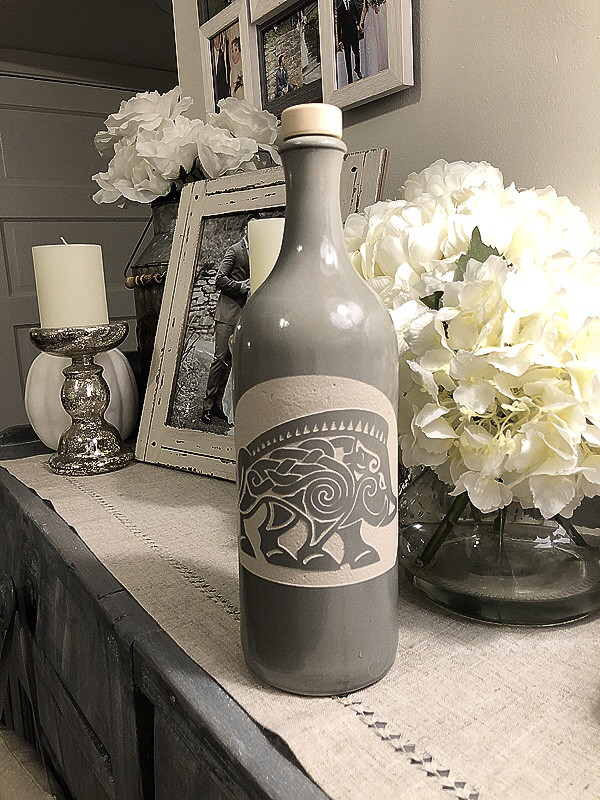 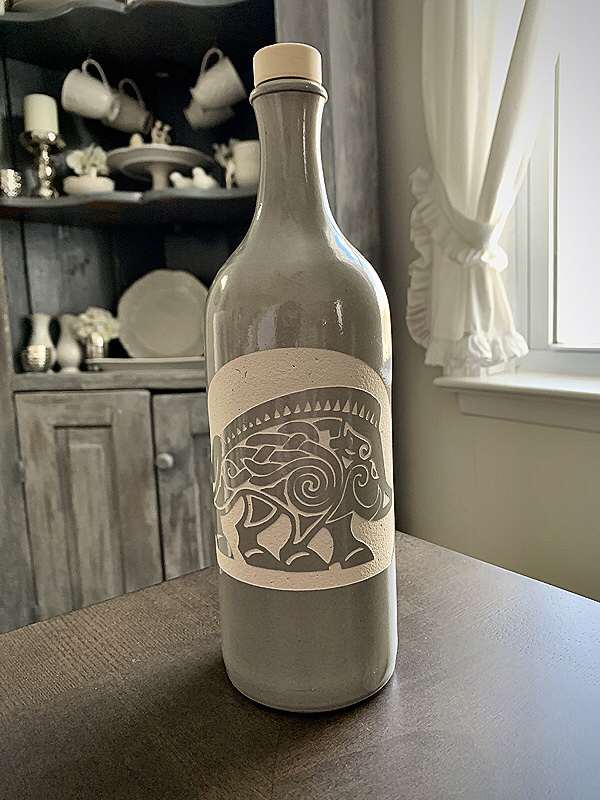 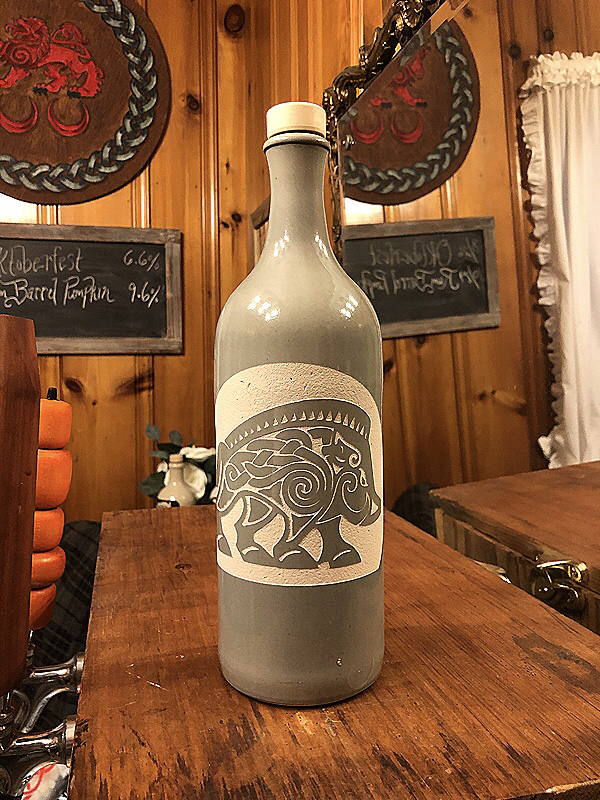 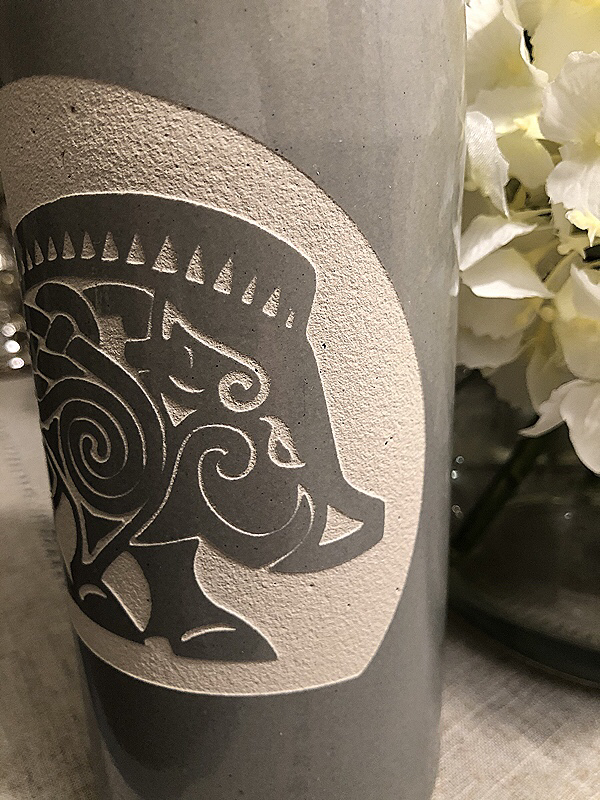 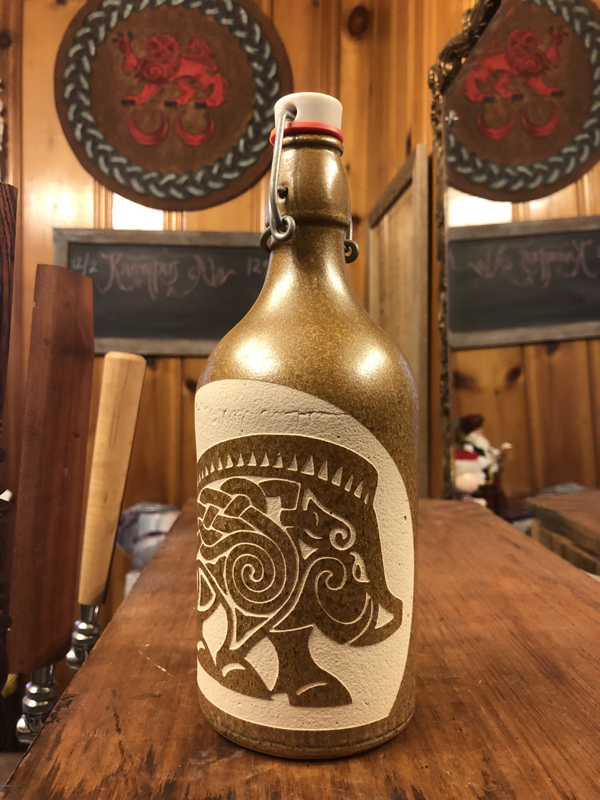 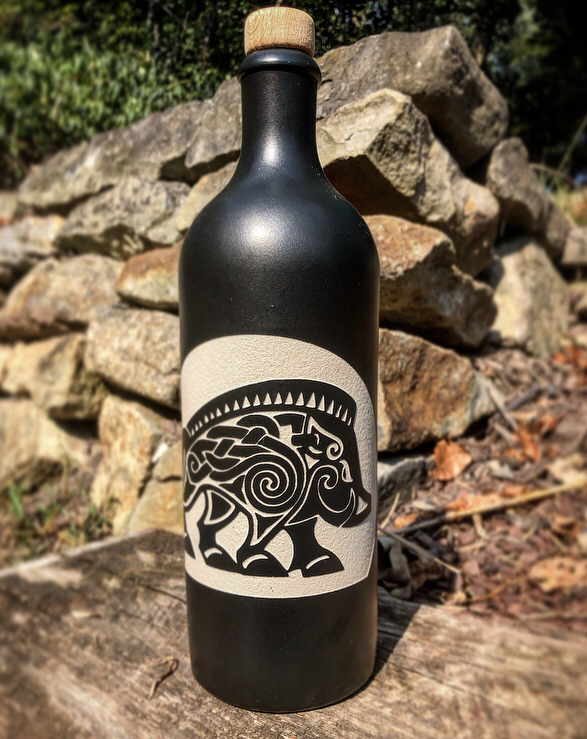 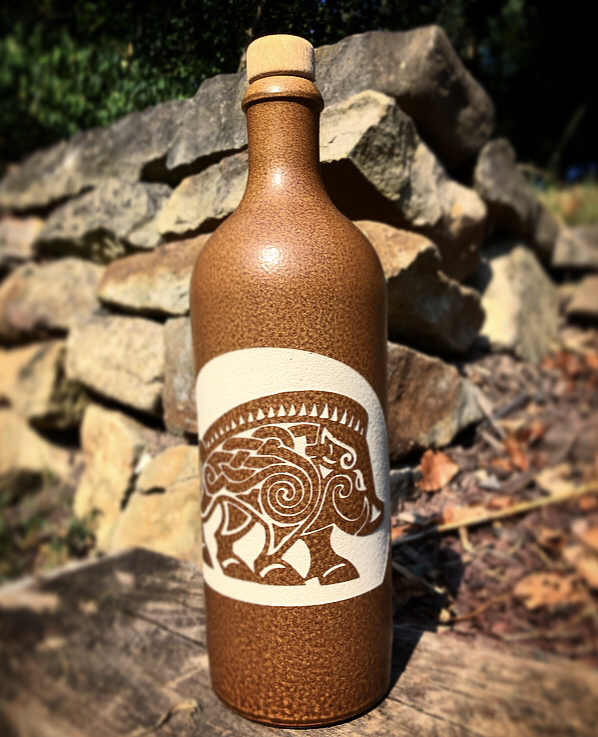 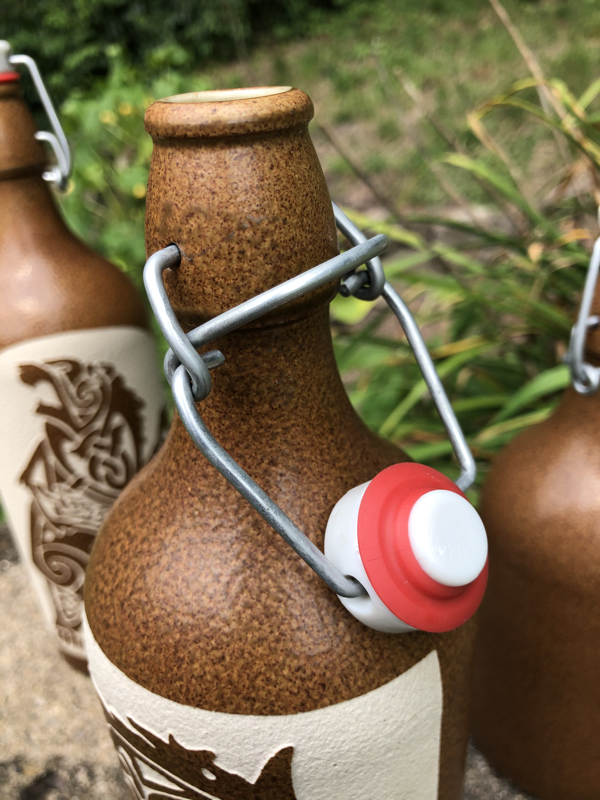 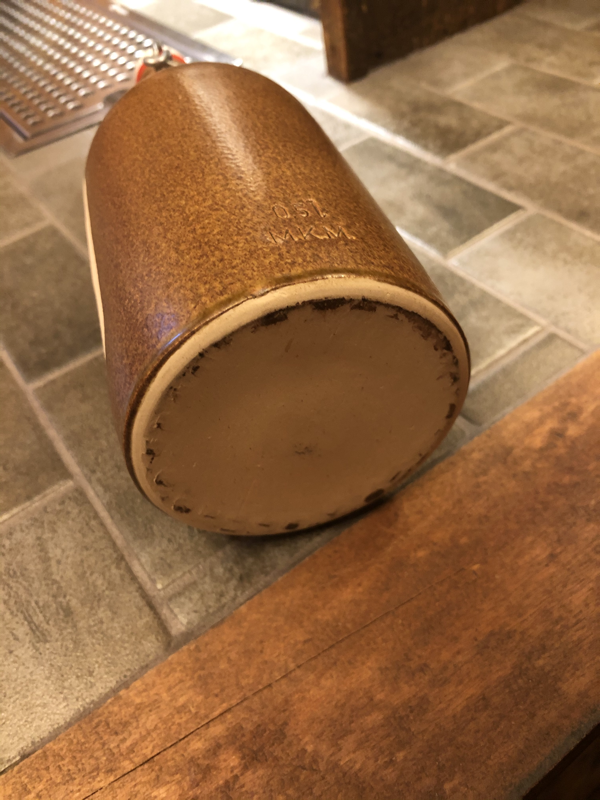 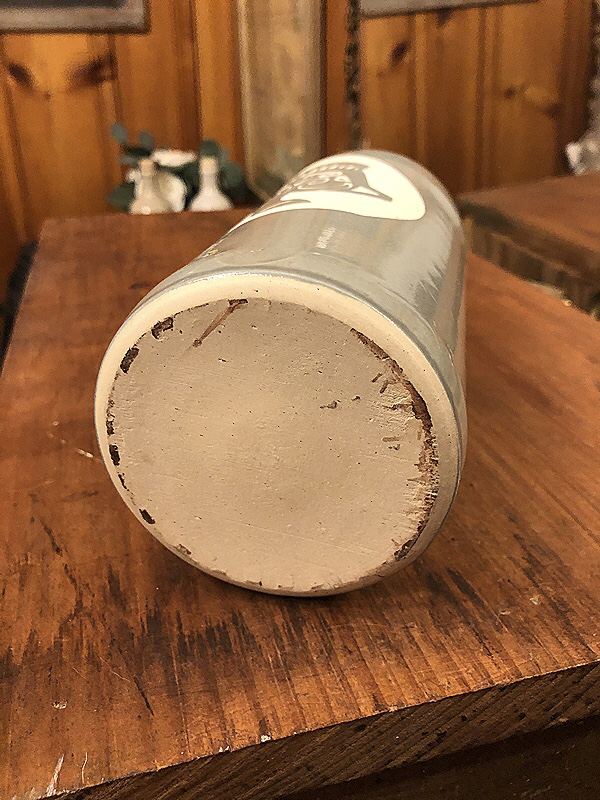 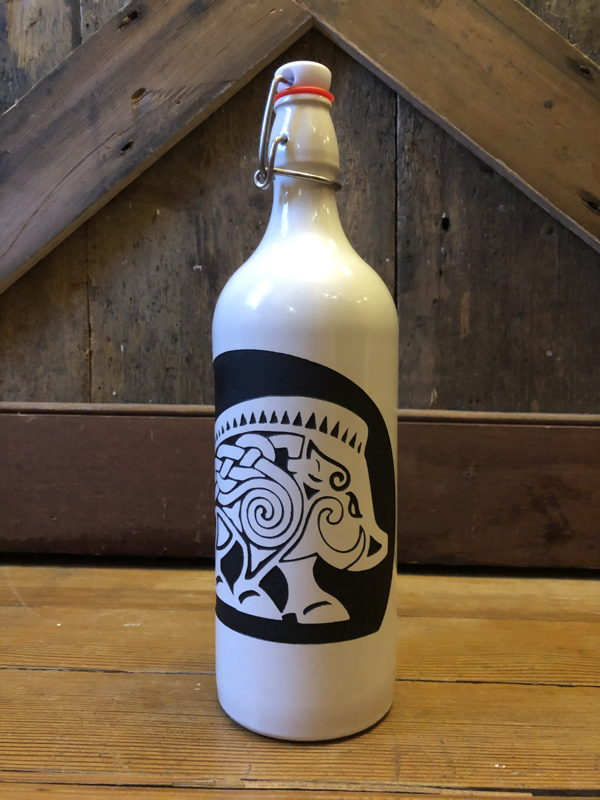 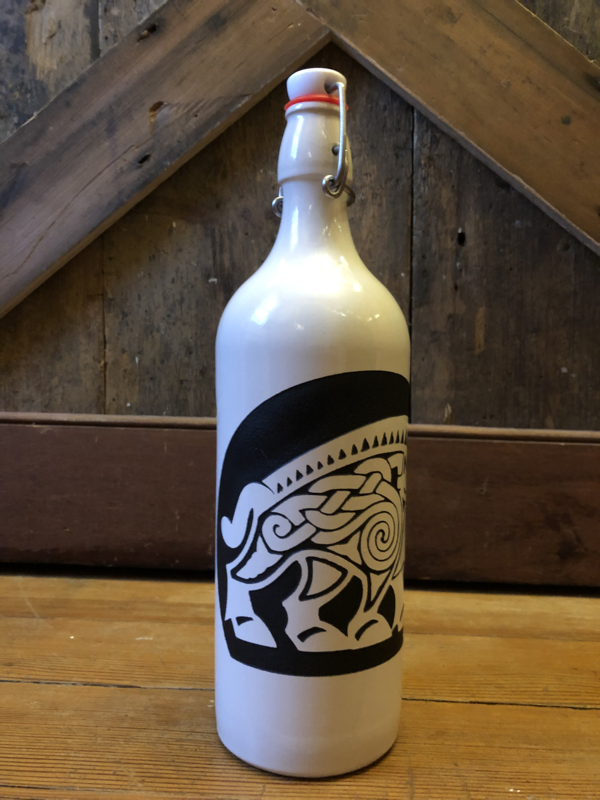 The boar was used as an emblem in many instances during antiquity and the Early Middle Ages. The Knocknagael Boar Stone is a well-known Pictish stone with a depiction of a boar emblem dating to ca. the 7th century. The name of the Orkney islands in Scotland is interpreted as being derived from the Celtic word for "pig", presumably from a Pictish tribe which had the boar or wild pig as their emblem. The boar also appears to have been used as an emblem during the Viking Age, reflected in the mythological boar Gullinbursti, a representation of the god Freyr, and in Hildisvíni ("battle pig"), the boar of the goddess Freya, and also mentioned in Beowulf as a figure of a boar worn in battle on the crest of a helmet.
Vintage style stoneware bottles carved with the copyrighted Wild Boar, War Pig artwork by Celtic Hammer Club
Stoneware was the preferred material for vessels in older times as the stoneware is not conductive. It maintains the temperature of its contents much as a thermos does.
The solid material also protects the contents from light. UV rays can damage or spoil certain brews, oils and vinegars. The stoneware prevents any light from getting in.
These vessels are available in 0.75L and 0.5L sizes.
These bottles were professionally made and glazed in Germany with the carving added by Celtic Hammer Club in the USA.
Add to Cart